For the firmware-syntiant-tinyml project, I executed the update_libraries_windows file according to the instructions of README file, and then compiled it. However, the project compilation failed.
Errors are reported as follows:

Thanks for your question. We will get back to you shortly.

Try rolling back the samd board to 1.8.9 in Arduino IDE: https://docs.edgeimpulse.com/docs/deployment/running-your-impulse-locally/on-your-syntiant-tinyml-board 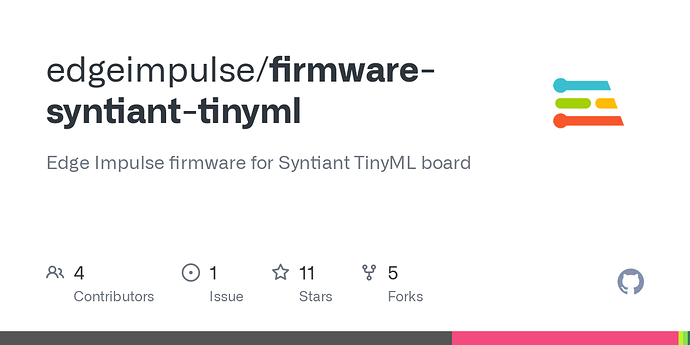 Edge Impulse firmware for Syntiant TinyML board. Contribute to edgeimpulse/firmware-syntiant-tinyml development by creating an account on GitHub.

At least this worked for me.

Yes, you need to build with the CLI (arduino-win-build.bat).

I am facing the same issue. I ran the arduino-win-build.bat --build command on Command prompt. I made arduino-cli a PATH variable. Can you please help me figure out how to fix this issue?

Please note that Edge Impulse firmware cannot be compiled in Arduino IDE. Please follow the README instruction to complete the tasks in a shell.

There are some other threads, eg. Writing firmware from scratch using Arduino IDE, TinyML Low Power operation provide a firmware which can be compiled in Arduino IDE.